While homes and livelihoods were lost, the fires also burnt through ancient ecosystems, reducing towering rainforest trees to ashes.

Two years on, only $1.65m has been invested in repairing the rainforests of South East Queensland by the Federal Government.

A report commissioned by QCC revealed the estimated cost of restoring the rainforests burnt during the 2019 fires could be as much as $42 million over ten years, focussing on the control of invasive environmental weeds.

In less than one day it that fire destroyed the Binna Burra Lodge, and was burning its way through the region's iconic national parks and world heritage listed Gondwana Rainforests Reserves.

While many homes and livelihoods were lost, the fires were wreaking environmental havoc, penetrating ancient ecosystems and reducing towering rainforest trees to ashes.

This was the first of many fires in the summer of 2019-2020 that devastated the Gondwana Rainforests of Australia, a World Heritage Area (WHA) of 366,507 hectares, encompassing 41 national parks across eastern New South Wales and South East Queensland.

In Queensland, the Gondwana Rainforests WHA are the traditional homelands of the Danggan Balun People (Five Rivers People) and Yuggera Ugarapul People. 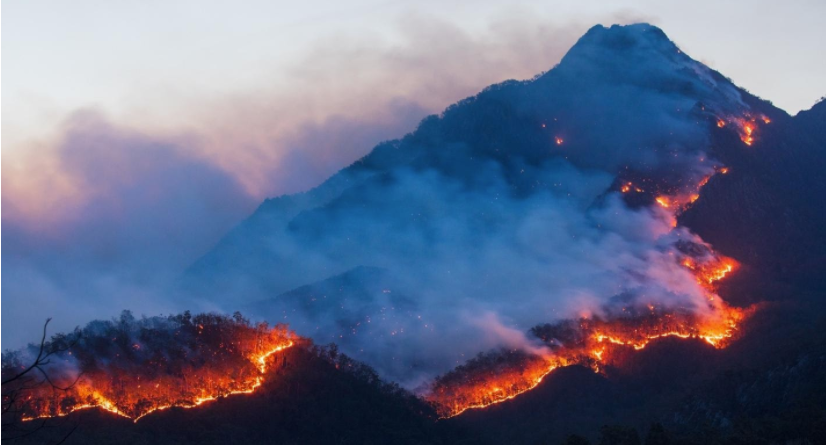 The Queensland part of the Gondwana Rainforests WHA is 59,223 hectares - largely made up of Lamington, Springbrook, Mount Barney and Main Range National Parks.

Two years on, Federal government restoration initiatives have invested millions in post-fire recovery. This includes $4m for the rainforests of South East Queensland with $1.65m to support the recovery of rainforest ecosystems affected by the 2019 fires in the Gondwana Rainforest World Heritage Area.

While the investment is welcome, an independent report commissioned by the Queensland Conservation Council (QCC) reveals that a preliminary estimate of $42 million over ten years is required to adequately protect the burnt rainforests from invasive environmental weeds.

Dr Sean Foley provided QCC with a detailed report on the management and resource needs of Queensland’s Gondwana Rainforests WHA - identifying not only funding needs to manage post-fire weed invasion but ongoing issues related to inadequate resourcing, the loss of ecosystem services and the accelerating impacts of climate change including an increasing fire risk.

The Gondwana Rainforests WHA includes ecosystems supporting ancient lineages of plants that date back millions of years to the time of the southern supercontinent Gondwana. This includes primitive flowering plants, thought to be some of the first to evolve approximately 60 million years ago.

In late 2020 the International Union for the Conservation of Nature (IUCN) delivered to UNESCO its third full assessment of the Gondwana Rainforests WHA – elevating its status from ‘Good with some Concerns’ in 2017 to one of ‘Serious Concerns’ in late 2020.

Their findings were primarily based on growing long-term concerns about declining conservation management of world heritage values (e.g. relict species and ecosystems) and impact of the 2019 bushfires.

To the Queensland Government:

To the Federal Government: