In 2017, Bellbird Park Preservation Group was formed by local residents of Bellbird Park, Ipswich. QCC had the opportunity to chat with a few of Bellbird’s founding members.  The group has grown, via social media, from a handful of concerned individuals to over 300 people — sharing a collective concern about sustainable development in their community. The community group came together with few resources but were driven by a shared passion for the area.

While their aim is to fight for community-driven outcomes and the local flora and fauna, their current focus is on the proposed 12-26 Eugene St, Bellbird Park development. It is one of the last large parcels of bush-covered land left in Bellbird Park and is privately owned. Eugene St is a peaceful, hidden away place that has excellent potential for birdwatching and nature-based activities. The habitat is critical for the Koala, Echidna, Platypus, Powerful Owl and several other birds of prey.

Though the initial development proposal was denied by Ipswich City Council (ICC). This decision was then appealed by the developer. Late in July the developer discontinued their appeal in the Planning and Environment Court. Documents filed with the court indicated the developer had been negotiating with ICC and found an acceptable design for the Eugene St site. The developer says they intend to submit another development application to Council. Bellbird Park Preservation Group have begun detailed submissions to ask the council to purchase the land as an option to preserve this area, or to at least assess the site and at the very least own the recreational areas.

As a group, they engage with politicians on all levels which poses challenges as their council has been in administration for two years — leaving them unrepresented. They've continued to connect with representatives and newly elected officials to collaborate on sustainable urban development in their area. They’ve had several key events; letterbox drops, neighbourhood days that included meet ‘n’ greets with MPs, creek walks, social gatherings and also hold weekly meetings on Eugene St — which are open to everyone.

You can check out a recording of the interview here. 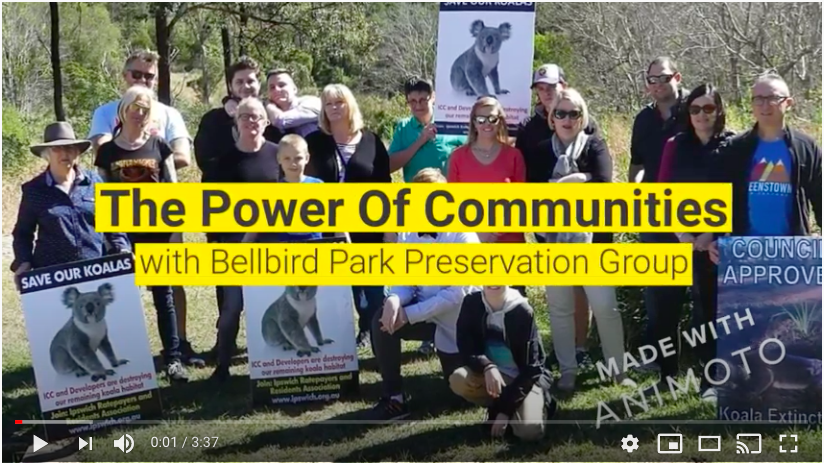