Posted by Maggie Mckeown on 23 September 2021

Queensland Conservation Council (QCC) organised a snap protest outside Waratah Coal headquarters in Brisbane CBD today after it was revealed by ABC that the Clive Palmer’s company’s coal station appears to be side-stepping conventional approval processes to push through development approval for coal-fired Galilee Power Station.

Queensland Conservation Council Director says that the local government approval process being used is not fit for assessing a power station, in that it lacks transparency for the community, and doesn’t require environmental impact assessment. This assessment process may lead to decisions which are  inconsistent with the Queensland Government’s plan to reduce emissions and become a renewable superpower.

“The Council’s planning laws being used to assess this proposal are designed for carports, not coal power stations. This is an inadequate process that could approve a toxic new coal project,” Mr Copeman said.

“The Queensland Government must act to make sure this project does not happen.” Mr Copeman said. 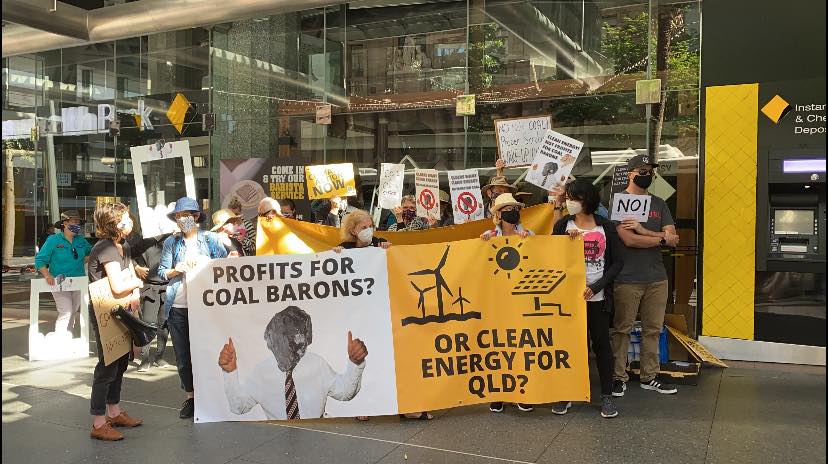 “The idea that a new coal power station could be approved in Queensland the same month as the world meets to increase climate ambitions and end coal power should prompt national action to protect our reputation from this divisive project,” Mr Copeman said.

“Prime Minister Scott Morrision must also overrule the coal-spruikers in his Government, and rule out a new coal fired power station in Australia before he travels to the Glasgow COP,” Mr Copeman said.