Queensland is behind the rest of Australia in the amount of land area protected by national parks.

Well-managed national parks and private land reserves are our best chance to protect endangered wildlife, conserve nature for future generations and protect cultural values. Queensland currently has only approximately 8.2% of land in protected areas, lower than any other state or territory in Australia.

We urgently need more land managed effectively for endangered wildlife, which are under pressure from a tsunami of threats: loss of habitat from land clearing, attack from pet dogs and cats when wildlife homes are lost, and climate change-induced heatwaves shifting the very basic needs like water availability and food sources, causing animals to leave their homes and often in the process, lose their lives.

Currently, we're facing some of the slowest growth of protected areas over the past 20 years. With the state government's release of the Protected Area Strategy 2020-2030 report, it is important that this strategy is prioritised as a matter of state significance with a stronger course of proactive management.

Queensland has a strong track record of innovation in nature conservation, extraordinary natural assets, a highly valued nature-based tourism industry and a community that values nature for its intrinsic and recreational values. These conditions provide a strong foundation for future success, with high-level leadership and levels of state investment commensurate with the Government’s vision of a world-class protected area network. 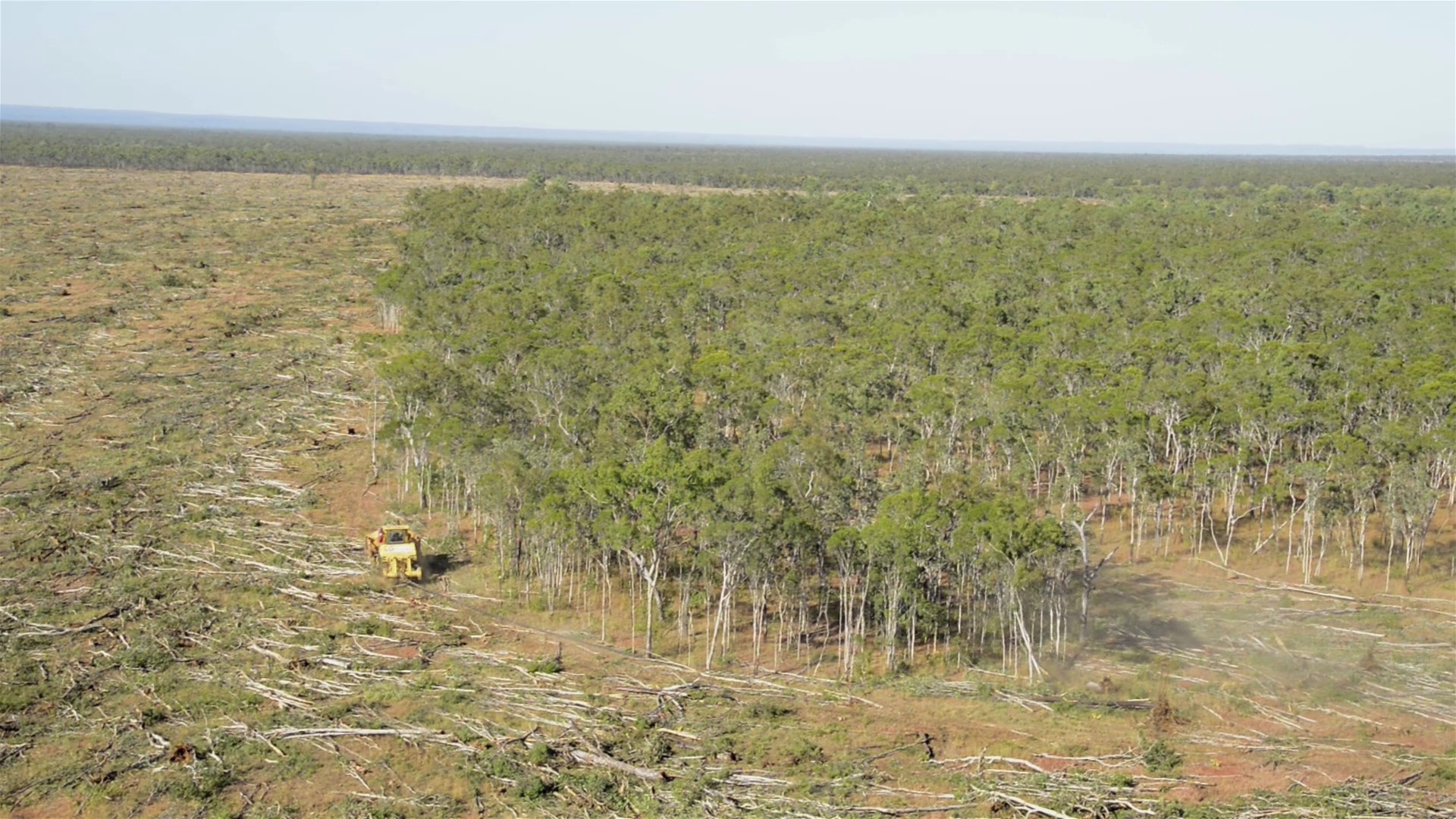 Tree clearing in Cape York, Queensland with the use of a ball and chain to clear large swathes of forest. Image by The Wilderness Society.

National Parks provide a legal safeguard for wildlife and connect us with rich, life-giving landscapes essential for our well being. Worth over $3.7 billion to Queensland’s economy, national parks and other protected areas are also a proven safe-haven for wildlife. More well-managed national parks and an increase in management investment is good for jobs, the economy and nature.

A new approach to national parks.

While national parks need to remain focused on nature conservation, there is now global acknowledgement that this focus should never be at the exclusion of living Indigenous cultures.

Queensland’s Landmark Cape York Tenure Resolution Program delivers a leading consent-based model of negotiating new Aboriginal owned national parks. This unique process has been supported by successive Queensland governments of all persuasions for nearly twenty years and has resulted in over 2 million hectares of Aboriginal owned national parks jointly managed with the Queensland Parks and Wildlife Service. This world-leading model has been extended to the World Heritage-listed Daintree National Park.

The benefits of joint management include diversified employment opportunities and an increase in revenue streams for national parks. There are also significant socio-economic benefits, with an increasing number of Indigenous rangers across the sector. Career opportunities, niche tourism and cultural maintenance all arise from this joint management approach and the growth in land management enterprises.

QCC supports the leadership of Queensland's First Nations peoples in the ongoing management of protected areas and their free, prior and informed consent in its expansion. 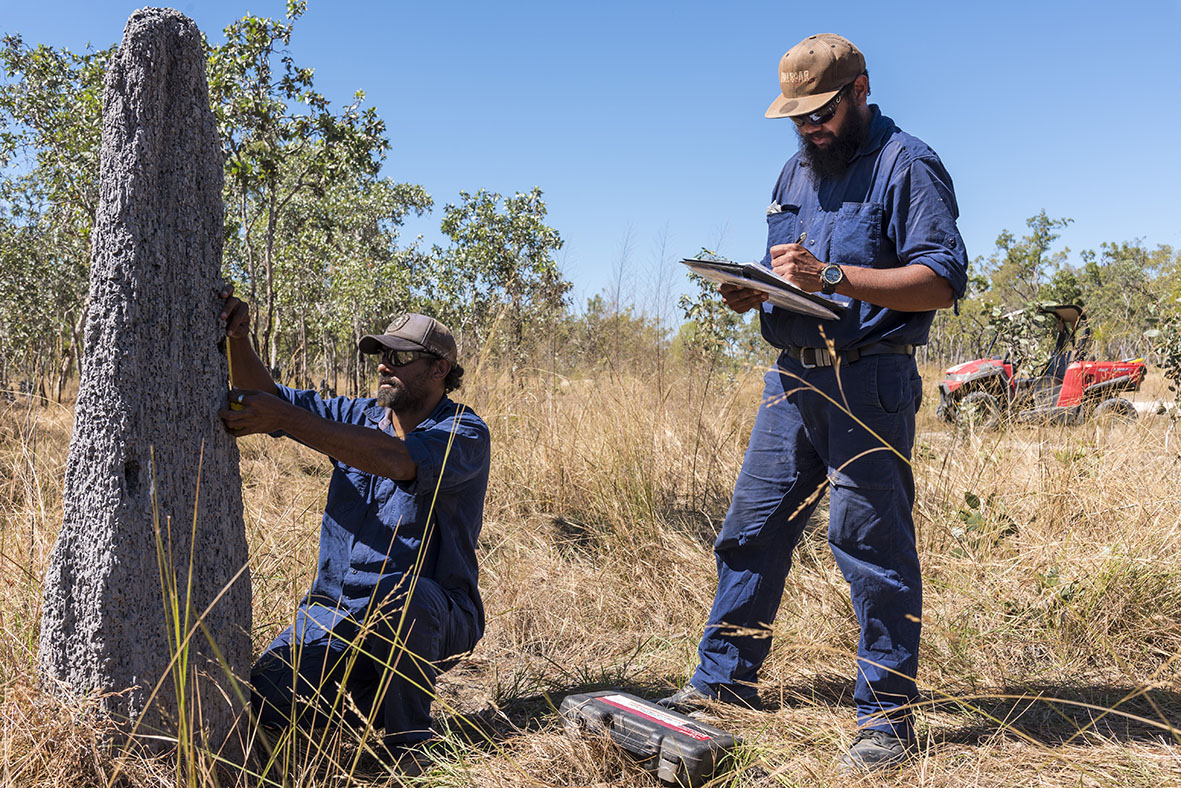 National parks are a safe haven for endangered wildlife under threat of extinction.

National parks are home to endangered wildlife. With so much of Queensland’s wildlife now under threat, we urgently need more well-managed national parks.

In a number of instances, protected areas such as national parks have provided the last refuges for threatened species. 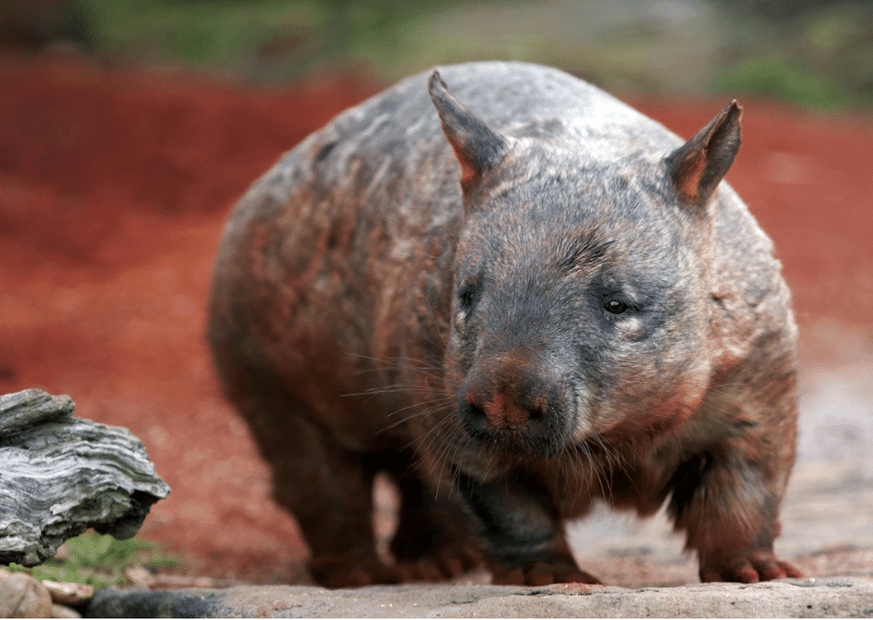 The critically endangered northern hairy-nosed wombat is found only in the Epping Forest National Park, northwest of Rockhampton.

National parks are nature’s playground and a treasure to pass on to our children and grandchildren.

As Queenslander's, we are lucky to live in one of the most wildlife-rich places on the planet. New national parks will offer even more places for friends and families to explore and experience low-impact adventure and freedom. National parks are an outdoor learning space for children, learning about adventure, nature and culture outside of the classroom.

National parks offer us an opportunity to reflect upon our well-being, and mental health research points to natural settings to reconnect with nature. Queensland’s national parks are a powerful drawcard for locals and tourists from Australia and around the world. Visitors to national parks in Queensland spend about $3.7 billion every year, of which $2.6 billion is generated by the national parks, supporting over 17,000 jobs mostly in regional Queensland (2).

This expenditure has a positive direct impact on local Queensland businesses that provide services and supplies. With a focus on domestic tourism and travel, it is safe to say that new national parks will be attractive for a renewed audience who are looking forward to holidays that reignite their adventurous Queensland spirit. More well-managed national parks will enable new tourism developments and opportunities to be built close to national parks, to showcase Queensland’s spectacular heritage

For 2 years in a row the Queensland Conservation Council and our volunteers have ran an art competition Saving Wild Homes an opportunity for people to use their artistic skills to demonstrate why protected areas are so important. Relaying intimate connections to nature and threatened native wildlife through art and storytelling is a personable way that will invite others within the community to reflect on how natural areas affect them and their lives. Here are are a few examples from 2022. 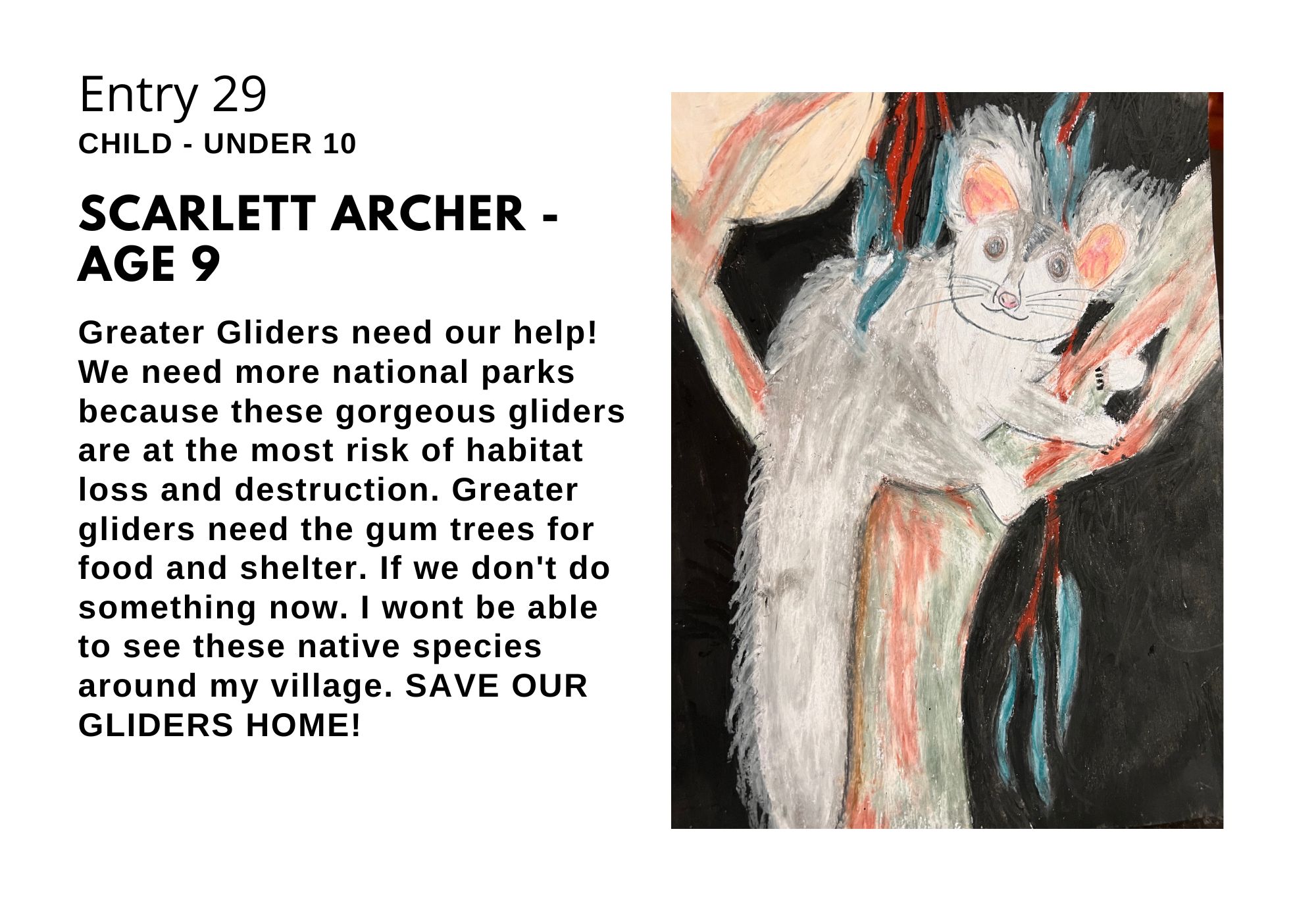 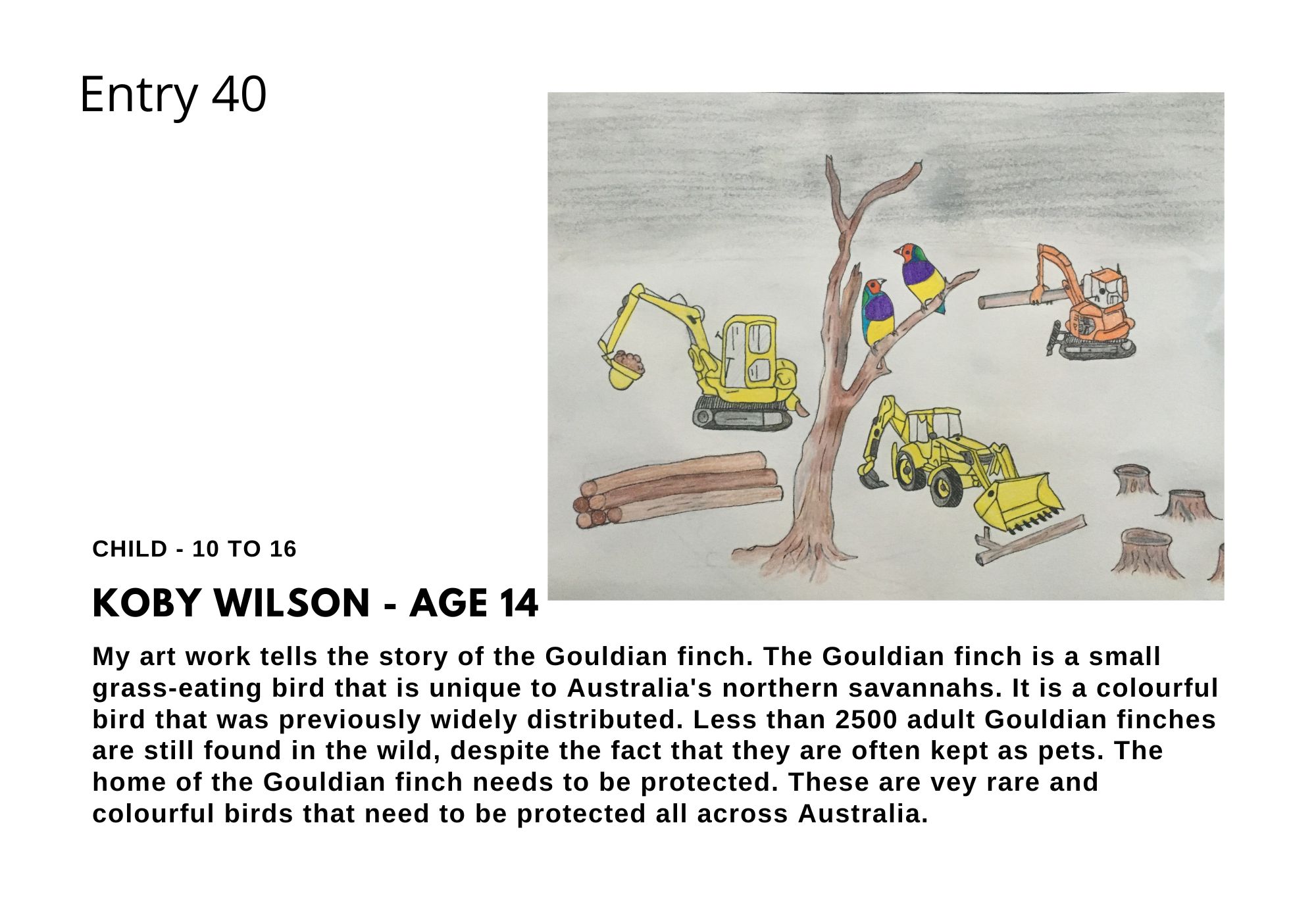 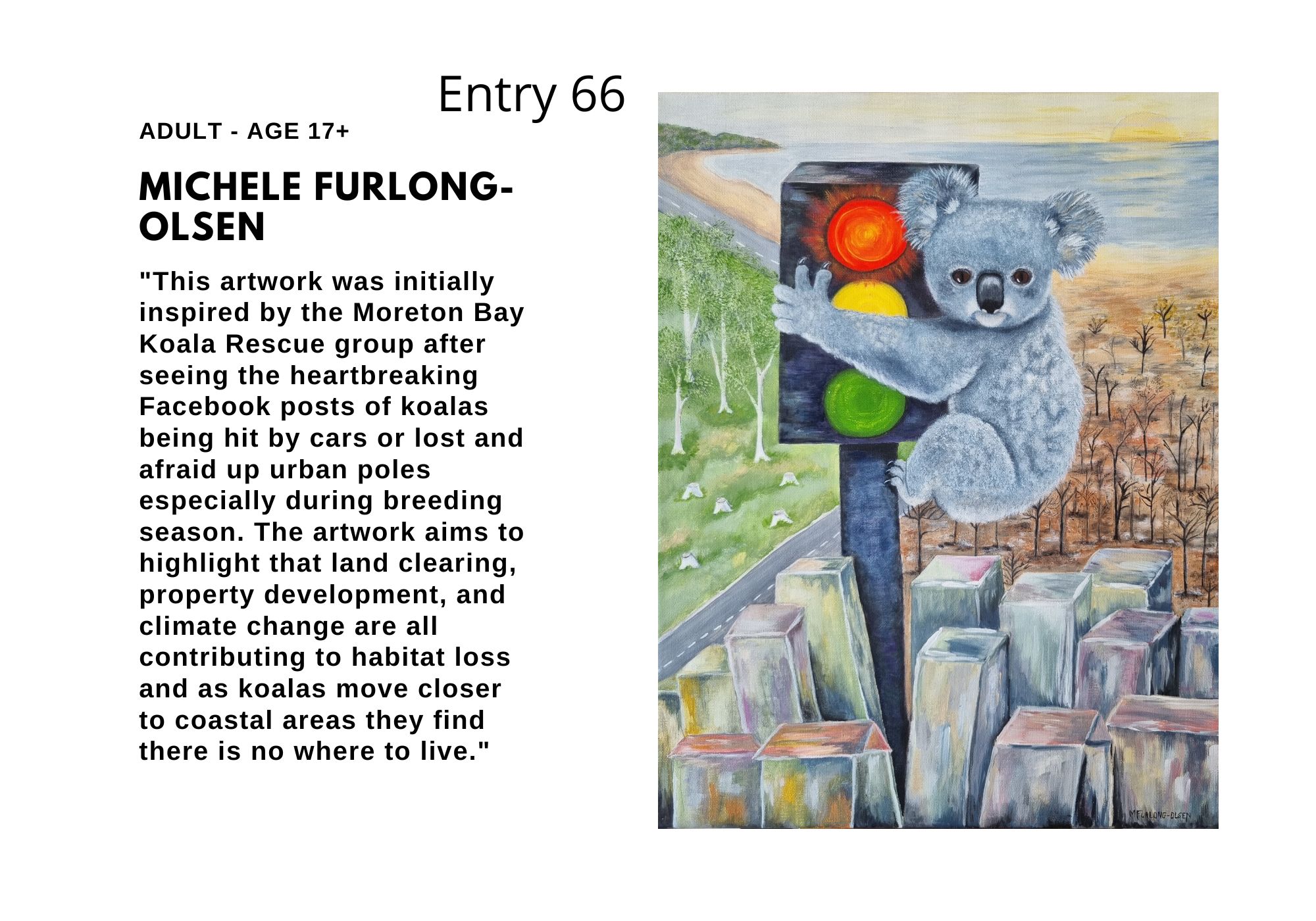 Watch the National Parks for Life campaign video and share with your friends and family:

What can you do to support the campaign?