Sign up to get a free Climate Action Now sign and send a loud and clear message to our decision makers that you stand for climate action – and you expect them to as well.

So far this year, more Queenslanders than ever before have spoken up for climate action.

Many spoke up at the polling booth; others spoke up in newspapers, on radio and television as unprecedented floods and extreme weather events dominated the news cycle yet again.

Thousands more spoke up with a simple gesture - a bright yellow sign, displayed on their front fence, their wheelie bin, their car or at their workplace

We need to keep up the pressure.

Another summer of wild weather is forecast, threatening to further damage the homes and livelihoods of thousands of Queenslanders still recovering from severe flooding earlier this year.

Our natural world is suffering more than ever before, with thousands of species pushed to the brink of extinction since the 2020 bushfires.

In coming months, our decision makers will make choices on how Queensland will meet its energy needs in the future - through more polluting coal, or through transitioning to a future of cheap, clean renewable energy.

Now, more than ever, we need to demonstrate that Queenslanders demand bold action on climate, now. 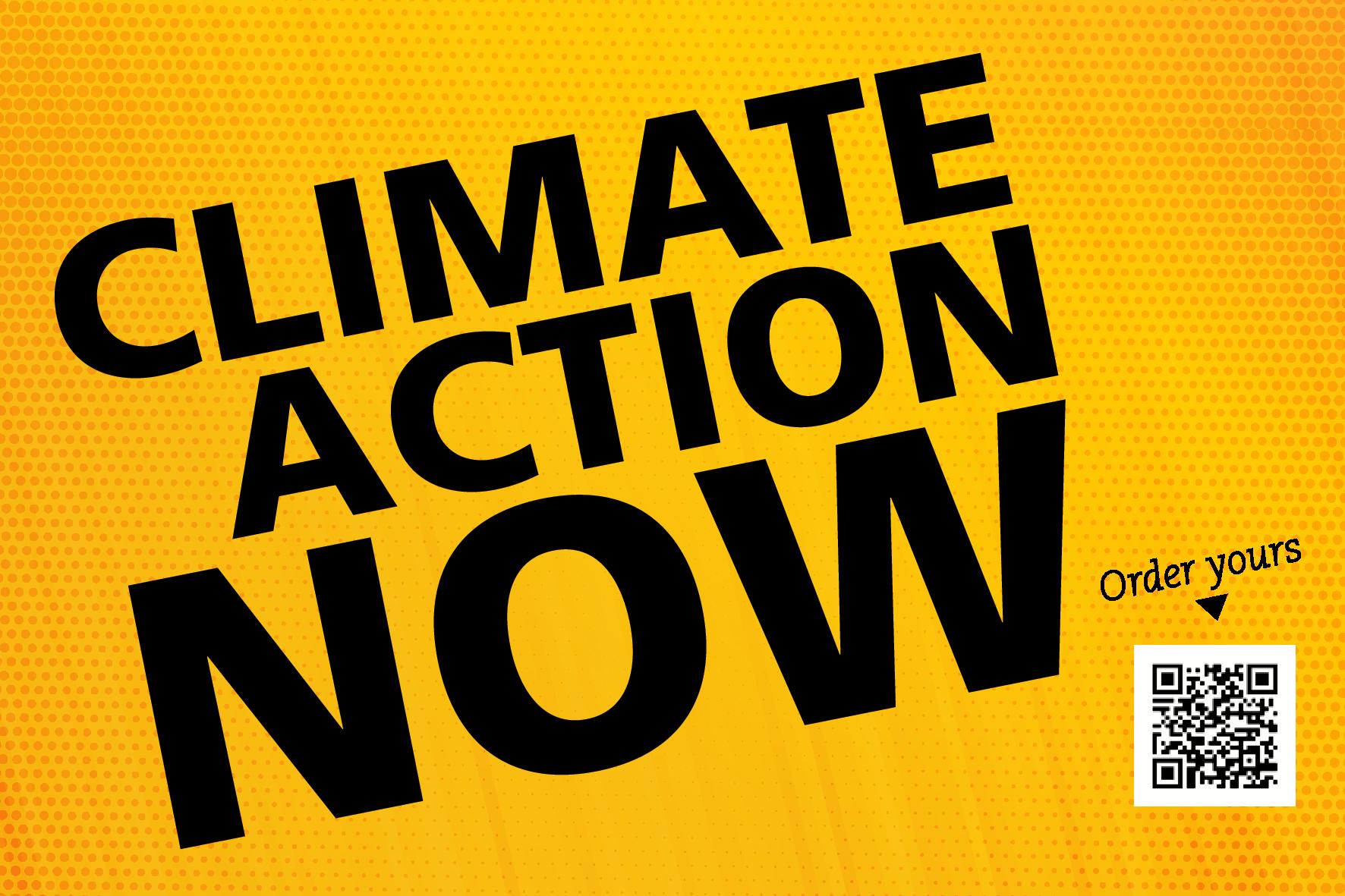 Already have your sign? Great stuff! Register your sign here so it can have a greater impact! Take a photo and either email it to us at [email protected] or upload it to Facebook and tag us! Put a sign up on your letterbox, front gate, your apartment balcony or at your office or local business. Get creative, get active and remember to take some photo’s along the way.

Climate Action Now - What's this all about?

We're not currently on track to meet these targets. Official figures show that Queensland’s greenhouse gas emissions increased by 8% between 2014 and 2018 and were only 8.7% below 2005 levels by 2018.

The Qld Environment Minister promised that, if re-elected, they would develop a Climate Action Plan during this term to set out how they will meet the 2030 target and address other climate issues.

The Federal Government is refusing to commit to net zero emissions by 2050. It doesn’t have a policy for energy transition, and is continuing to support subsidies for gas and even coal power stations that would increase emissions, not reduce them.

Right now we need to demonstrate that Queenslanders want bold action on climate. We want our State and Federal MP's to see a flurry of Climate Action Now signs wherever they go in Queensland - so they have no doubt this issue matters to Queensland.

If you have ever thought about getting active for the climate - now is the time! Order your FREE sign today!

Where did it all begin?

This campaign literally began out of ashes…

Queenslanders and indeed the entire world watched on with devastation at the Black Summer bushfire crisis of January 2019/2020.

In response, many people on the NSW coastline emblazoned their fences and water tanks in yellow with the words ‘We want climate action’. They were on the frontline of one of the most destructive impacts of climate change – an increase in the intensity and frequency of natural disasters. They knew this - they lived it. Some lost their lives and many their livelihoods, homes, infrastructure, beloved pets, forests and wildlife.

These signs soon grew to become the ‘Show Our Colours’ campaign https://cansign.org.au/about-us/history/

Founding member of CANsign and Show Our Colours campaigner Jack Egan and his partner lost their home in North Rosedale on New Year’s Eve. It was the final straw for Jack as well as for dairy farmer Rob Miller of Milton whose farm was decimated by the Currowan fire. He said that, “families and communities across rural and regional Australia are living through wave after wave of extreme weather events. My family has been on the land for a long time. We know what we’re seeing, and we’re not alone. The climate is not just changing, it is breaking down. I’m taking a stand and I’m asking you to do the same alongside me.”

This call to climate action is one of the most important calls that we can make in our lifetime.

We are excited to see Queenslanders get on board.

Do you want a Climate Action Now sign? Fill out this form and we'll get you one!