Alliance to protect forests and bushland from deforestation launched: it’s time to stop pretending Queensland doesn’t have a deforestation problem

Every year in Queensland, hundreds of thousands of hectares of forests and bushland are bulldozed. Threatened species habitat, forests in catchments for the Great Barrier Reef and mature forests are destroyed by deforestation—mostly for grazing and pasture for beef production.

As exposed on the ABC, much of this deforestation occurs with little to no government assessment, due to the state’s weak categorisation of native vegetation and a systemic failure at the Commonwealth level to call-in deforestation for assessment under Federal environment law.

Dave Copeman, Queensland Conservation Council Director said, “the strong community response to the media story shows Queenslanders are shocked at the continuingly high rates of deforestation in our state that make us a global deforestation hotspot.”

Queensland’s record breaking and out of control land clearing continues as global efforts to address climate change and deforestation gain momentum. The financial sector, global food companies, and entire markets like the EU are setting targets to achieve net zero emissions and prevent products responsible for land degradation into their supply chains.

Dave Copeman said, “Government, industry and society can take advantage of the opportunities offered by the global transition to a net zero, nature positive world, to supply those high value markets and gain access to green finance, or we can miss out. There is nothing to gain from pretending Queensland doesn’t have a deforestation problem,” said Dave Copeman.

Queensland Forests Alliance members Wilderness Society, WWF-Australia, the Australian Conservation Foundation, and the Queensland Conservation Council have a clear and united vision for the future of Queensland’s forests.

Hannah Schuch, Queensland Campaigns Manager for the Wilderness Society said, “there is a great opportunity for Queensland to become a nature powerhouse. We could have a bright future in 2030 where landowners are supported and rewarded for protecting and restoring forests and bushland for biodiversity and carbon.”

The Alliance is working to secure a future for Queensland to:

Hannah Schuch said, “Right now, loopholes and weaknesses in the QLD Vegetation Management Act and the EPBC Act mean that hundreds of thousands of hectares of habitat for threatened species is bulldozed every year to expand cattle pasture.

“In 2018/19 more than 680,000 hectares of forest and woodland was cleared, double the previous year, most of it habitat for threatened species or ecosystems.”

Stuart Blanch for WWF-Australia says: “Beef production in Queensland is a tale of two opposites. Natural reforestation is occurring over large areas. While young trees do not have the same value to wildlife as mature forest, this is still very welcome. However, ongoing clearing by a small number of producers tarnishes the image of the whole industry. Hundreds of thousands of hectares of mature forest and woodland continue to be bulldozed. It jeopardises access to important international markets where deforestation is increasingly being removed from supply chains. The Queensland red meat sector can “halt and reverse forest loss by 2030”, as Australia committed under the Glasgow Leaders’ Declaration on Forests and Land Use. This would rapidly transition Eastern Australia from a global deforestation front to be a global leader in reforestation and land carbon”.

Jason Lyddieth for the Australian Conservation Foundation said, “Queensland’s unchecked nature destruction is bad for the climate, bad for Queenslanders and bad for business. More than half, or roughly $187 billion a year, of Queensland’s gross state product is directly dependent on nature. Protecting and restoring forests and woodland is good for koalas and places we love – and it will strengthen Queensland’s economy.”

The Alliance will be working with state and Federal governments, industry, First Nations and the community to advance policy, legislative and market solutions to solve Queensland’s deforestation problem, rather than ignoring it. 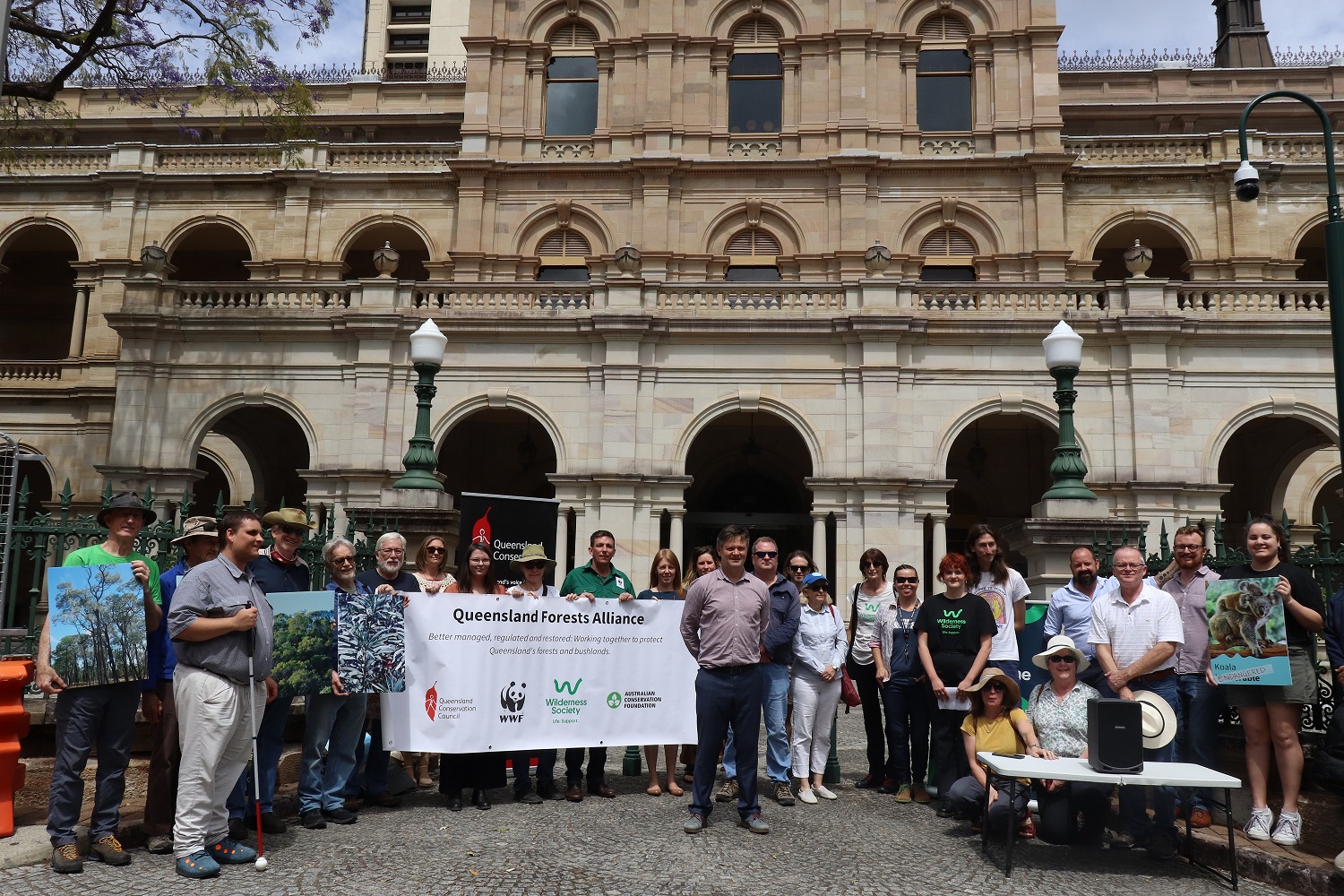